In the previous article, we talked about Node js network programming. Here we will take it further and talk about Event loop and asynchronous non blocking in node js. Node.js is single threaded. It supports concurrency through paradigms of event and callbacks. Since it is single threaded, most APIs provided by Node.js core are asynchronous. They follow a non-blocking Input/Output or I/O. What is a non-blocking Input/Output you ask?

In a traditional Input/Output, when a request comes to a web server, it is assigned to a specific thread. For each concurrent connection, there is a new thread and the thread will continue to run until a response is sent for a particular request. This is a perfect example of Blocking I/O (Input/Output network operation) because when handling a particular request by a thread there will be some idle time when between operations are being performed such as retrieving a file, opening it, reading it, etc.

Each of these thread consumes memory and thus, a thread which runs for a longer period of time and also sits ideally for a significant amount of time in between will definitely consume a lot of memory. This is one of the main reason that the core APIs in Node.js are built in non-blocking way and support asynchronous I/O.

Node.js uses V8 that is a runtime engine developed by Google for Chrome browser to run JavaScript. Basically, V8 is responsible to convert code written in JavaScript into machine level code. Different browsers have different runtime engines. It is the reason Node.js is fast and efficient.

Hence, we can say that Node.js is itself a runtime environment. It follows an observer pattern (also known as Reactor Pattern in other programming languages) which allows each incoming I/O request to be associated and handle within a function or a handler. This handler function is called a callback function.

At the time of running a Node.js environment, an Event Loop is initialized which handles the I/O operations by offloading them to an operating system’s kernel. The different operating system uses different kernels but their basic mechanism of handling an I/O is similar. These kernels are multi threaded and can handle execution of multiple operations in the background. Whenever an I/O operation completes, the Kernel notifies Node.js about it and callback handling that operation will complete its execution.

In JavaScript, a timer function will always have callback associated with it. This callback indicates the execution as early or defers it, in an Event Loop after the specified amount of time is passed. Each timer function accepts this value in milliseconds. When writing a Node.js module, these functions do not need to be imported via require(). All of these functions are available globally to us by Node.js core API similarly to the browser’s JavaScript API. The behavior of execution of these timer functions in Node.js differs from that from the browser API. Let us take a look at them.

In the above example, the callback associated will execute as close to 1000 milliseconds (or 1 second) as possible due to the call of setTimeout(). The Event Loop never guarantees that a setTimeout() function will execute exactly after the expected time. However, it does guarantees that it will not execute before the specified amount of time. This is because there might be other executing asynchronous/synchronous functions might be pushed before the execution of a setTimeout() function.

This timer function behaves differently and only executes the code associated at the end of an Event Loop cycle. This code will execute after every I/O operation in the current event loop and before any timers scheduled for the next event loop.

The above snippet of code will output as:

The first argument is again is the callback that associates the code to be deferred. Any other optional arguments can be passed to the function when it is executed like we have done above in our example. There is no need to define a time limit to defer the execution of this function since it will always run at the end of an Event Loop cycle in any Node.js program.

Now suppose, there is a callback that you want to execute in your Node.js module a multiple times. In that case, setInterval() can be used. It again takes a callback as the first argument and runs an infinite number of times. The delay between each iteration is defined in milliseconds. Otherwise, this timer function behave is written in a similar manner as of setTimeout().

To stop a setInterval() function from executing the infinite number of times, we can use another function that will perform stop its behavior, clearInterval().

Apart from all timer functions being global, there is another object that global and does need to be required in any Node.js module. It is called process. Discussing everything this object holds is vast discussion and is out of the scope of this article. However, we are interested in a particular method the API contains and it is called `process.nexTick()`.

This function, process.nexTick(), is used in applications to defer the execution of an asynchronous function until the next cycle of Event Loop. Each cycle of the Event Loop is called tick. process.nextTick() runs a callback function. Basically, it is used to manually defer a callback function. It does not take the argument of defining a time limit as other timer functions. Another major difference between this function and other timer functions is that process.nextTick() is only available in Node.js while others are also available in JavaScript’s browser API.

Using eventEmitter.emit() we can execute a listener function with appropriate arguments. EventEmitter class allows a subscription-based model to define callbacks also known as _pub/sub_ mechanism. Please note that all the listeners attached to a particular event object are all synchronous functions and execute in the order they are registered. 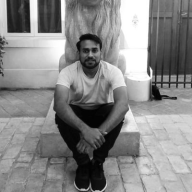